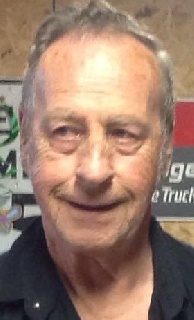 David retired from PACal blades after 30 years of service. David was a family man, he enjoyed hosting family gatherings and making sure his children were always taken care of. David collected logo ink pens and different kinds of knives. David spend a lot of time cutting wood to keep his family warm. David loved going on road trips stating "We are just following traffic."

The family will be receiving friends Tuesday November 21 at Munz-Pirnstill Funeral Home from 2-4 pm and 6-8 pm. Funeral services are scheduled for Wednesday at 2 PM at the funeral home. Contributions may be made through the funeral home. Moments of remembrance may be left online at www.munzpirnstill.com
To order memorial trees or send flowers to the family in memory of David John Lohr, please visit our flower store.