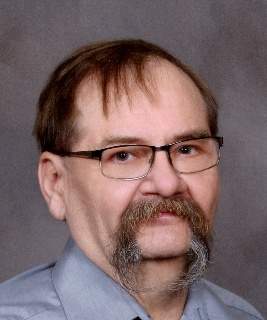 Biography:  David A. Looker, 60 of Bucyrus passed away on Monday July 3, 2017 at home.  David was born April 29, 1957 in Galion to the late James and Pauline (Koschnick) Looker.  He was married July 20, 1985 to Lori (Pyles) Looker who survives.  In addition to his parents he was preceded in death by brother James A. Looker Jr. and father and mother in law Howard and Neysa Pyles.
David is also survived by daughter Tara (Justin) Bell of Shelby; sister Debora (James) Weber, Galion; nephews Jeremy (Amber) Looker and James A. Looker III; and brother in law Steven (Ginger) Pyles of Granville.
David attended Galion High School and retired on May 1 from General Electric after 34 years.  He loved working in the garage and his cars.  His most recent pride was his custom golf cart and he was starting to build his own car.
At David's request there will be no public services.  The Munz-Pirnstill Funeral Home is assisting with arrangements.
To order memorial trees or send flowers to the family in memory of David A. Looker, please visit our flower store.