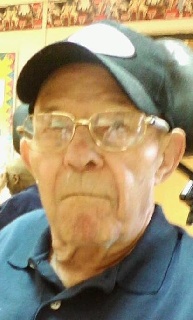 Biography:  Charles A. Diederich, 84 of Bucyrus passed away following an extended illness Tuesday September 20, 2016 at the Ohio Veterans Home in Sandusky where he had been staying for the past year.  Charles was born June 15, 1932 in Bucyrus to the late Edward and Helen (Uline) Diederich.  He was first married Jan. 6, 1956 to Joyce Muth who preceded him in death on Dec. 7, 1988.  On April 17, 1993 Charles married Judy Hufford who survives.  In addition to his parents, he was preceded in death by brothers Joseph and Dale.


Charles is also survived by daughter Melissa (Michail) Audrey of Hocking Hills; grandchildren Seth, Chelsea, and A.J.; 4 great grandchildren; step children Thomas (Sally) Baum, Bucyrus and step daughter Nedra; step grandchildren Birdie, Elizabeth and Rebecca; nieces Marty Ritter and Mary Moneysmith; and cousins Judy Dible, Jim Grogan, Bob Dible and Mary Diederich Graham.
Charles was a lifelong Bucyrus resident and graduated from Bucyrus High School in 1950.  He retired from the U.S. Postal Service in 1987 after 33 years.  Charles also for many years owned Ox Yoke Antiques which he and his wife Joyce ran on Rogers St.  He was a member of 1st Presbyterian Church for over 60 years and a member of the Delta Gamma Class.
Charles was a Korean War Veteran serving in the 45th Infantry Division.  He received the following medals-Good Conduct, Korean Service, National Defense, and United Nations Service, as well as the Combat Infantry Badge.  He was twice the Past Commander of the Am. Legion Post 181 and Past Commander and Life Member of VFW Post 1078. Charles was a member of the Legion Firing Squad and for many years helped place flags on Veterans graves.   He helped with Boys State as Commissioner and  as a young man was named the first Columbus Dispatch carrier of the month, this was in 1944.
Charles was a charter member of the National Stein Assoc. and Past President of Buckeye Stein Verein and Charter Member.  He enjoyed State Legion Conventions, antiquing, auctions, Nat. Stein Conventions and Western Movies.
Funeral Services will be held on Saturday at 1:30 pm in the First Presbyterian Church with Rev. John Cory officiating, burial will follow in Oakwood Cemetery with Military Honors.  The family will receive friends at the church from 11:30 am until the time of service on Saturday.  Memorials may be made to the Stein Hospice or the Ohio Veteran Home Resident Benefit Fund through the Munz-Pirnstill Funeral Home.  Expressions of sympathy can be left at munzpirnstill.com
To order memorial trees or send flowers to the family in memory of Charles A. Diederich, please visit our flower store.