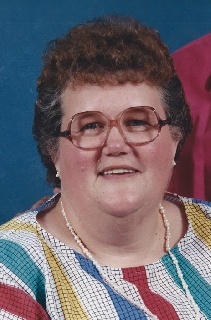 Biography:  Carolyn F. Skaggs, 74 of Bucyrus passed away on Friday December 15, 2017 at Bucyrus Community Hospital.  Carolyn was born July 25, 1943 in Scioto Co., OH to the late Rannel and Mamie (Cooper) Horsley.  She was married March 3, 1967 to Arthur Skaggs who survives.  In addition to her parents, she was preceded in death by son Robert Dale Skaggs; daughter Tina Louise Skaggs; sister Mary Lee Pruitt; and brothers Harry and Alfred Horsley.

Carolyn had worked many different jobs but was primarily a homemaker.  She had attended school in Garrison KY and Bucyrus.

Funeral Services will be held on Tuesday at 11:00 am in the Munz-Pirnstill Funeral Home with Rev. Carl Angel officiating, burial will follow in Oakwood Cemetery.  The family will receive friends at the funeral home on Monday from 2-4 and 6-8 pm.  Memorials may be made to the donor’s choice and expressions of sympathy can be left at www.munzpirnstill.com
To order memorial trees or send flowers to the family in memory of Carolyn F. Skaggs, please visit our flower store.