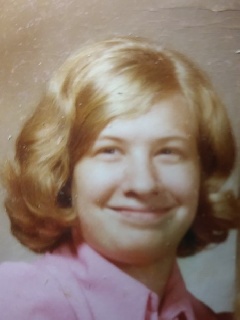 Biography:  Carol Rose Heinlen, 60 of rural Nevada passed away on Saturday June 8, 2019 at Heartland of Bucyrus, she had been in failing health since February.  Carol was born in Bucyrus on July 30, 1958 to the late Daniel G. and Rose Ann (Sales) Heinlen.  In addition to her parents, she was preceded in death by brothers Daniel David, Richard Lynn, and Arthur Glenn Heinlen.


Carol was a seamstress and was a supervisor for the Industrial Sewing Machine working at C.E. White in New Washington and Fairborn in Upper Sandusky. She graduated from Buckeye Central H.S. in 1976 and studied horticulture at Pioneer.  Carol was very active until her recent illness and loved to cook, knit, read, and for many years raised West Hyland White Terriors.


A Private Memorial will be held by the family at a later date.  Memorials may be made through the Munz-Pirnstill Funeral Home to the donor's choice and expressions of sympathy can be left at www.munzpirnstill.com
To order memorial trees or send flowers to the family in memory of Carol Rose Heinlen, please visit our flower store.