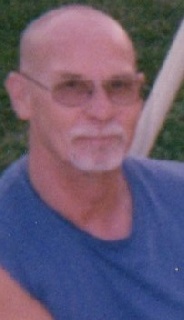 
Carl is survived by loving wife Esther Ruth (Troupe) Lewis; son, Joseph Tyler Lewis; grandchildren, Jax Lewis, Braxton Lewis, and Shelton Lewis; sisters, Brenda Agin, Pam Lewis, and Faye (Bobby) Cox; mother in-law Karen Murr; his companion and beloved boxer Tess, as well as brother and sister in-laws and numerous nieces and nephews.
Carl worked for a number of years with Peabody Galion as a welder and retired from Caraustar. He was quite an outdoorsman and an avid fisherman. Carl loved working with his hands and wood working. He would spend time with family and grandkids anytime he got the chance. He was a devoted Pittsburgh Steelers and Cleveland Indians fan. Above all Carl loved the Lord.
Munz-Pirnstill Funeral Home is in care of arrangements. There will be a memorial service at a later date determined by the family. In lieu of flowers memorial contributions may be made through the funeral home. Moments of remembrance may be left online at www.munzpirnstill.com
To order memorial trees or send flowers to the family in memory of Carl David Lewis Sr., please visit our flower store.