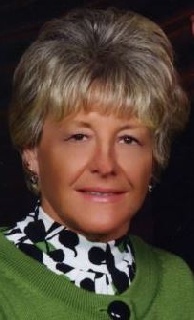 
Brenda was born in Bucyrus, Ohio on March 24, 1950 to Loren F. and Lois M. (Geiger) Walker. She met her husband Gary L. Billings while she was working an evening shift as a car hop at the former Max’s Drive-in, the encounter led to their marriage on November 16, 1969 in the St. Paul Evangelical Lutheran Church, Sulphur Springs, Ohio, Gary survives in Bucyrus. Their marriage produced 4 sons, whom were her pride and joy: Todd, Lee, Daniel & Lance.

Brenda was a 1968 graduate of Colonel Crawford High School and was a member of the Crawford County 4-H program as a child, showing cattle at the Crawford County Fair and the Ohio State Fair. Brenda was baptized, confirmed and married in the St. Paul Lutheran Church in Sulphur Springs, where she was a former member of the church choir, a Sunday school teacher, and a member of the young married couples group. She, along with her husband and children, became members of the Good Hope Lutheran Church in Bucyrus, Ohio on April 28, 2002.

Brenda worked for over 30 years for Producers Livestock where she worked alongside her late aunt, Helen Wagner as secretaries in the office, and for the past several years, she enjoyed working as the auctioneers’ clerk. She was a true farm girl at heart; she enjoyed talking with all the farmers bringing in their livestock for sale day where she developed many friendships. She also worked several years as a substitute bus driver for Colonel Crawford Schools and Katering Kountry Style Restaurant. However, above all these jobs, Brenda’s true passion was working alongside her father and mother on the Walker Family Farm. Growing up as a farm girl, Brenda learned how to drive tractor, work the fields, and haul grain to the local elevators during harvest. Working on the farm allowed her to be able to stay at home to raise her four sons, and when she was blessed with two grandsons: Garrett and Gage, she fell in love with being a Grandma “MeMom” and caring for them every day.

Brenda loved being a mother to her four sons and being involved in their school activities and helping them with their 35 years of 4-H projects, which she was able to continue for the past several years with her grandsons. Brenda looked forward to the fair every year which was a time she was able to watch all of her sons’ and grandsons’ hard work pay off as well as spending time with cherished friendships which were developed over the years as 4-H families. She enjoyed traveling with her husband to different county fairs, going to the Amish Country, camping, and Las Vegas. She was the “master” of holidays, making sure every holiday was special for her family and that they were together. She was known for her cookies and the elaborate decorating she put into them. Brenda was also very skilled with baking and decorating cakes, entering them into fair competitions, baking several for weddings for family members but most of all making sure her children and grandchildren had an elaborate cake for each birthday. Brenda’s family was her true pride and joy, putting her family first and herself second. She was always there to lend an ear to her family no matter what was going on. She will be greatly missed.

Memorial Contributions in Brenda’s honor may be given to the Good Hope Lutheran Church Pipe Organ Fund, or to the Crawford County Junior Fair Livestock Committee, 610 Whetstone Street, Bucyrus, Ohio 44820.

Online condolences, as well as fond memories, may be left for the Billings family by visiting www.hannemanfh.com
To order memorial trees or send flowers to the family in memory of Brenda Jean (Walker) Billings, please visit our flower store.