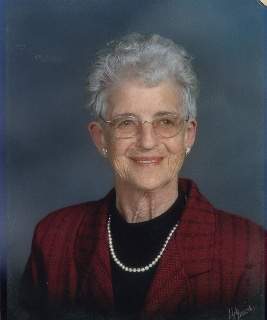 Biography:  Betty Lou Howell Barrett, 85 of Bucyrus passed away on Thursday,
October 27th, 2016.  She was born November 12, 1930 in Carrs, Kentucky to Wesley and Maud (Cropper) Howell. She was number nine of eleven children and grew up along the Ohio River on a dairy and tobacco farm. Mrs. Barrett attended elementary school in Carrs and high school in Vanceburg, Kentucky.

Mrs. Barrett worked at Swan Rubber, Bucyrus from 10-21-57 until she retired on 2-15-94.  She was a member of St. Pauls Lutheran Church where she was an active member prior to her illness. She resided in Crawford County for over 65 years.

Funeral Services will be held at St. Paul’s Lutheran Church at 1:00 pm on Monday and the family will receive friends at the church from 11:00 am until the time of service.  Rev. Mike Greenler will officiate services and burial will follow in Crawford County Memory Gardens.  Memorials may be made to the church and expressions of sympathy can be left at munzpirnstill.com
To order memorial trees or send flowers to the family in memory of Betty Lou Howell Barrett, please visit our flower store.