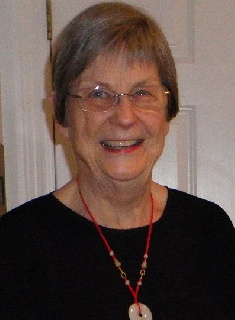 Biography:  Betty Jane "BJ" Lahman 91 of Cleveland Heights, OH passed away peacefully at home on Friday October 26, 2018.  BJ was born September 3, 1927 in Warren, OH to the late John A. and Freda (Zeyfang) Schwartz.  She was married December 22, 1950 to William Charles Lahman who preceded her in death Feb. 6, 2015.  She was also preceded in death by brother in law Richard Keller.

BJ attended Heidelberg College, Tiffin where she met her husband William.  She received her Masters Degree from Kansas City Conservatory (Violin) in 1960.  BJ continued her graduate studies periodically in the United States and abroad from 1960 until 1973.   BJ was the Elementary Music coordinator and music specialist in the Shaker Heights City School District from 1966 until 1989.

BJ was a member of the American Orff Schulwerk Assoc. (AOSA) for the first 50 years of it's existence.  She was instrumental in the spread of the Schulwerk across the United States.  A co-founder of the Cleveland Area Chapter, she is remembered as a great motivator, always inspiring confidence with such phrases as "You can do this." She was a co-creator of the Orff at Orange workshop and a master of Orff Schulwerk educator who studied at the Orff Institute in Salzburg, Austria.    BJ became a Distinguished Service Recipient of AOSA in 2001.  She held memberships in numerous Professional and Academic Associations.  In retirement BJ was active in the Cleveland College Club with contributions including establishing a scholarship fund.  She also spent many hours researching genealogy during retirement.

Funeral Services will be held on Wednesday Nov. 7, 2018 at 1:00 pm in the Munz-Pirnstill Funeral Home, 215 N. Walnut St., Bucyrus, OH   44820 and the family will receive friends from 12 noon until the time of the service.  Burial will follow service in Brokensword Cemetery. In lieu of flowers, donations can be made to the Greater Cleveland Chapter AOSA, Lahman Fund, c/o Angie Perrine, Treasurer, 7568 Brookgate Way, Northfield, OH 44067. Expressions of sympathy can be left at www.munzpirnstill.com
To order memorial trees or send flowers to the family in memory of Betty Jane "BJ" Lahman, please visit our flower store.