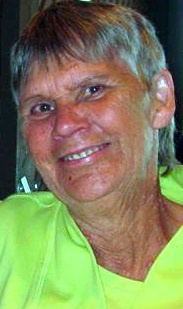 Biography:  Bertie J. Brown, 70 of Bucyrus passed away on Friday December 16, 2016 at Bucyrus Community Hospital after an extended illness. Bertie was born January 15, 1946 in Vanceburg, KY to the late Richard and Olive (Stamm) Rose. She married Fawler C. Brown on March 9, 1974 and they spent over 31 years together before he preceded her in death in 2005.

In addition to her husband, Bertie was preceded in death by brothers Junior (stillborn), Robert, and Roger; son-in-law, Jason Broters; 6 miscarried grandchildren including Isaiah, Xavier, and Mira; and stillborn great-grandchild, Kiesha.

Bertie moved to Bucyrus following graduation from Lewis Co. High School in 1965. She retired from Swan in 1999 after working there with both Fawler and Ron for 33 years. Bertie enjoyed spending time with her grandchildren, traveling, and going on fishing trips with Ron.

The family will receive friends at the Munz-Pirnstill Funeral Home on Monday evening from 5:00 pm until 7:00 pm where services will be held at 7:00 pm. The family suggests memorials be made through the funeral home and expressions of sympathy can be left atmunzpirnstill.com
To order memorial trees or send flowers to the family in memory of Bertie J. Brown, please visit our flower store.