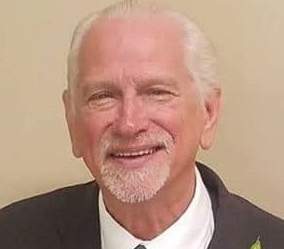 Biography: Bernard J. "Pastor Bernie" France, 65 of Bucyrus received his Victory with the Lord on Tuesday May 14, 2019.  Bernie was born January 12, 1954 in Akron to the late Robert C. and Rita P. (Smith) France.  He was first married to Anita (Clark) France on Aug. 27, 1982 and she preceded him in her Victory with the Lord on Oct. 15, 2012.  He was married July 15, 2017 to Terri Lynn Hamilton-France who survives.  He was also preceded in death by brothers Robert France Jr. and Roland "Ronnie" France as well as brother in law Jim Wilson.
Bernie is also survived by children Christina (Harry Patterson) Shaw, Ashley (David Frank) France, and Dylan France; step children Malachi and Sarah Houk; grandchildren Alexis, Abby, Shayla, Devinn, Connor, Brea, Braelynn, Cayson, Lilly, and Juliette; brother Ray (Patty) France; sisters Margaret Wilson and Kathleen (Kevin) Woods, as well as numerous nieces and nephews.
Pastor Bernie lived his entire life in Bucyrus and graduated from Bucyrus High School.  After high school and retiring from roller skating, he served drinks at several local bars including Geneva’s, The Pub, and Ralphie’s.  From there he retired from Swan Rubber in the 90’s where he entered full time pastoring.  He was Pastor of Prevailing Word Ministries for 30+  years.  His life has been full: Pastor Bernie and Ms. Anita ran the church, daycare, Reformers Unanimous, The Gathering, The Beacon House, the Anita France Food Pantry, and rode as Midwest Chapter President of Chariots of Light while raising a family and caring for the community.  After Ms. Anita’s homecoming, God gave him and Terri each other to finish his path the Lord set before him.  Bernie’s passions included his family and grandchildren, fishing, boating, camping, motorcycling, and serving The Lord.
A Celebration of Life Gathering will be held on Sunday from 10:00 am until 1:30 pm at Prevailing Word Ministries, 1652 Whetstone St.  The family will receive friends on Monday from 1:00 pm until 4:00 pm at the Munz-Pirnstill Funeral Home.  Funeral Services will be held at 6:00 pm on Monday evening at the funeral Home.  Memorials may be made through the funeral home and expressions of sympathy can be left at www.munzpirnstill.com
To order memorial trees or send flowers to the family in memory of Bernard J. "Pastor Bernie" France, please visit our flower store.