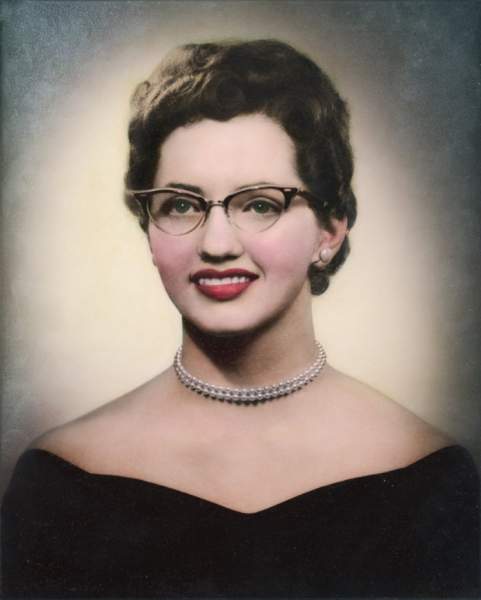 Biography: Barbara Jean (Reiter) Moore, 84 of Bucyrus passed away on Monday March 21, 2022 at Promedica in Bucyrus. Jean was born November 1, 1937 to the late David and Elnora (Yeiter) Reiter. She was married November 18, 1962 to Thomas L. Moore, Sr. who preceded her in death on November 21, 2003. In addition to her husband, she was preceded in death by one brother Ed Reiter.
Jean is survived by daughter Christine (Mark) Quinn of Bucyrus; son Thomas (Rebecca) Moore, Jr. of St. Louis; grandchildren Kathleen and Brenna Quinn and Gavin and Ian Moore; sisters Lillian Joan Allen of Florida, Judith Miller of Marion, and Suzanne (Dave) Johnson of Indiana; as well as many nieces and nephews.
Jean graduated from Holmes Liberty High School in 1955. As a young woman, Jean and her sister Joan took several long road trips with their ‘57 Chevy. After marrying Thomas, they lived in many places across the United States and Canada. They returned home to Bucyrus in 1976. She had a love for music and played the piano and organ. Jean loved spending time with her children and grandchildren. She last worked at Fairfield Supply and was a member of the Bucyrus United Methodist Church. In her later years, Jean and Thomas researched the USS Bucyrus-Victory for the 60th anniversary of its christening in 2004.
A memorial service will be held at a later date at the Bucyrus United Methodist Church, burial will be in Brokensword Cemetery. Munz-Pirnstill Funeral Home is assisting with arrangements.
Memorial contributions can be given to the Bucyrus United Methodist Church or the Holmes-Liberty Alumni Association Scholarship.
To order memorial trees or send flowers to the family in memory of Barbara Jean (Reiter) Moore, please visit our flower store.