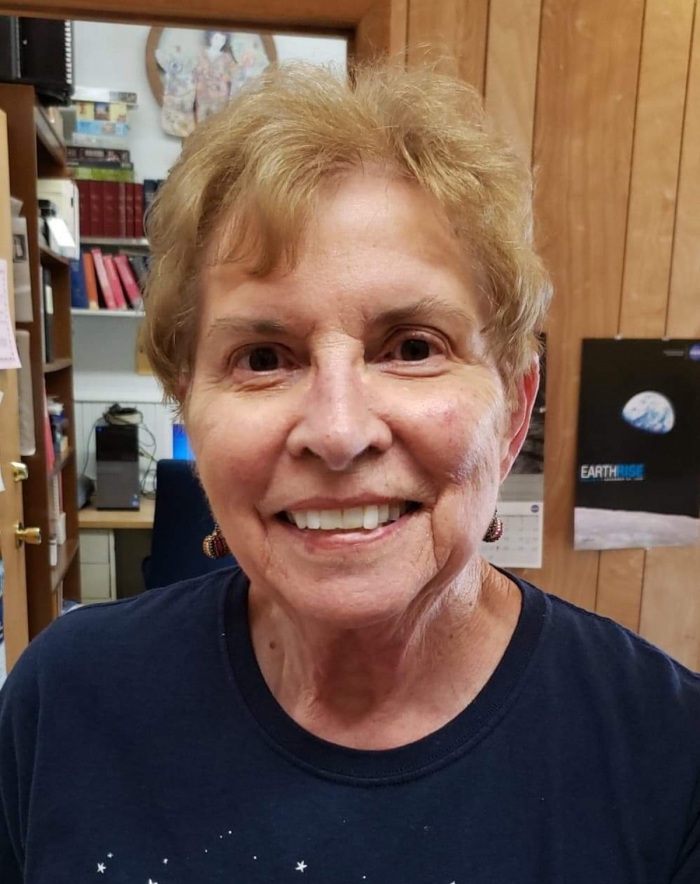 Biography: On Sunday, August 25th, 2019, Barbara English, extraordinary wife and mother, passed away at the age of 79.
She was born and raised on the family farm near Bucyrus, Ohio, and graduated from Mt. Zion High School in 1958. Barbara met her husband, Stephen, at The Ohio State University where she majored in music (piano) and sang in the University Chorus. Following their marriage, she and Steve lived in Michigan for several years before moving west to raise their family, living in Oregon and Idaho for more than 30 years before returning to Michigan.
“"Barb was a wonderful pianist,” said her sister-in-law Betty. “She could breeze through Chopin in a heavenly way." Singing with her two brothers in the "Little Kids Trio," her soprano blended perfectly with their tenor and bass. How we were touched by their rendition of Carmen Ohio!
A lifelong learner, Barbara earned two Master’s degrees. She taught piano lessons for more than 30 years, and frequently shared her musical talents and the talents of her students in many community events. While living in Orofino, Idaho, she helped organize and raise funds for a yearly series of community concerts, which brought talented musicians and artists from various parts of the world into smaller communities. She also obtained a second Master’s degree and devoted much time and love to laboring in the school and public libraries—a service she continued upon moving to the upper peninsula of Michigan.
She and her cousin Miriam curated and published a book of genealogy cherished by branches of the Neff family nationwide.
She married an outdoorsman; Barbara and her husband, Steve, were known for introducing friends and family to new ways of cooking. “We'll never forget the elk steak or the smoked salmon. Her fruitcake never failed, and was eagerly appreciated every year. A jar of jelly was her calling card!”
Barbara was an active member of the Church of Jesus Christ of Latter-day Saints, and held several unpaid positions of responsibility, service, and mentorship, most particularly serving youth and children. She played the piano and the organ in every congregation she attended, and at the time of her passing was serving as the instructor of the adult Sunday School program in Germfask, Michigan.
She is survived by Stephen, her husband of 57 years, son Ben, daughter-in-law Evangeline, grandson Stephen, and granddaughter Ryan, brother Roger Neff and sister-in-law Betty, brother Richard Neff and sister-in-law Jackie, sister-in-law Patty Neff, and numerous extended family members. She joins a wonderful family on the other side of the veil, including father Ralph Neff, mother Margaret, brother Jim, and sister Dorothy.
A graveside service for Barbara will be held on Saturday, September 7th at 11 AM at the Oakwood Cemetery in Bucyrus, Ohio. A memorial service will be held on Monday, September 9th at 11 AM at the Church of Jesus Christ of Latter-day Saints in Germfask, Michigan.
Flowers are welcome; anyone who desires may make a donation in Barbara’s name to the Curtis Public Library, P.O. Box 220, Curtis, MI 49820.
She will be tremendously missed. There was simply music wherever she went.
To order memorial trees or send flowers to the family in memory of Barbara Jean Neff, please visit our flower store.