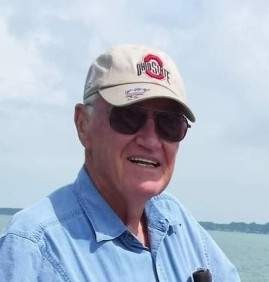 Biography: Allen Brent Halley, age 79, passed away on October 27 in Bucyrus, Ohio. He was born to the late Homer and Ruth (Saunders) Halley May 8, 1941, in Crown City, Ohio. Brent was married 56 years to Carolyn (Sanders) Halley. He is preceded in death by his parents, and infant sister, Sandra Halley.
Brent is survived by his wife, Carolyn Halley; children, Melissa (Jason) Dykstra and Heath (Rose) Halley; grandchildren, Halley Dykstra, James Dykstra, Alyssa Plybon, Kylie Halley and Victoria Halley; brother, Kent (Christine) Halley; sisters, Idris Halley, Linda (Roger) Puckett, Karen Wills, Pam (Jim) Swain, and Vickie (Van) Wilford; as well as numerous nieces and nephews.
Brent served in U.S. Army from 1959-1962. He trained as a tank mechanic and spent time in South Korea during his service. After the military, he worked as a mechanic for the Ohio Department of Transportation until his retirement in 1987. After retiring from the state, Brent turned his love for woodworking into his own business, crafting custom cabinetry and remodeling homes. Brent enjoyed working outdoors, spending time on the tractor, taking his grandchildren for ATV rides, hunting and target shooting.
Private burial services will be held at Ridgelawn Cemetery in Mercerville, Ohio. A memorial service will be held at a later date. In lieu of flowers, donations may be made to the Wounded Warrior Project. Moments of remembrance may be left online at www.munzpirnstill.com
To order memorial trees or send flowers to the family in memory of Allen Brent Halley, please visit our flower store.