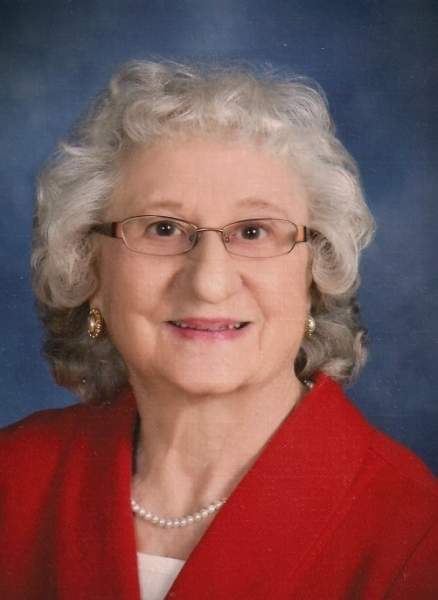 Biography: Alice W. Gabriel, 86 of Bucyrus passed away on Wednesday December 9, 2020 at Bucyrus Community Hospital.  Alice was born July 7, 1934 in Crawford County to the late Calvin Truman and Bergettie Esther Cooper.  She was married July 18, 1954 to Gerald "Jerry" Gabriel who preceded her in death on August 20, 2000.  She was also preceded in death by brothers Raymond, Robert, Jack, and Jim Cooper as well as sisters Helen Swinehart, Florence Katona, Doris Young, and Naomi Laipply.

Alice attended Sulphur Springs up until the 11th grade and graduated from Bucyrus H.S. in 1952.  She was a homemaker, wife, mother, and grandmother.  She enjoyed her children and grandchildren's sporting events and school programs as well as playing euchre and board games with the kids.  Alice was a fan of the Buckeyes, Indians, Browns, and Reds and enjoyed watching the games.

Alice was very active in the Holy Trinity Catholic Church, the Catholic Ladies of Columbia, the Rosary Alter Society, and the Ohio Fraternal Congress.   She served in many capacities which included Vice President and Marketing Director of the CLC, President of the OFC and 1999 Fraternalist of the year, and Past President of the Rosary Alter Society.  Alice sang for many years in the choir and served on committees such as the Parish Council, Liturgy, and Cemetery committees. In addition, Alice volunteered for Triad, the Red Cross, and the Board of Elections for many years.
Mass of Christian Burial will be Celebrated on Monday at 11:00 am in the Holy Trinity Catholic Church with Father Paul Fahrbach as Celebrant.  The family will receive friends on Sunday at the Munz-Pirnstill Funeral Home from 1:00 pm until 3:00 pm with Prayer Services as 2:45 pm.  The family suggests memorials be made in the form of contributions to the Holy Trinity Capital Improvement Fund or the donor's choice.  Expressions of sympathy can be left at www.munzpirnstill.com.

The family would like to thank the Carlisle House staff and residents for the friendship since the time Alice was a resident.
To order memorial trees or send flowers to the family in memory of Alice W. Gabriel,, please visit our flower store.